It’s been well-document by Key and Peele that unlike any other sport, football players have some of the most interesting, off the wall names (except maybe Prince Fielder because that’s just badass and his dad was big bad Cecil). If you believe in “predetermination” of a kid’s name, then you should take note on the names below as I sort the strongest NFL names in the league. 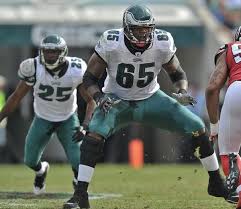 8. Captain Munnerlyn – His name is a freaking high-ranking official in the US Military. That just commands respect. If I were him, I’d definitely just sign my name Capt. I wonder how many times he’s been called Capn’ Crunch? That’s a can’t miss nickname right there.

7. Major Wright – What’s higher ranked than a Captain? A Major. (Thanks Wikipedia!) Nothing says big play like the name “Major.” I can’t think of a better name for an NFL safety unless his first name was Explosion. Exlposion Wright, yeah, that would be better.

5. Atari Bigby – His name’s Atari – this guy is a gamer. Probably a little old school, but definitely the first of his kind. Oh and he’s from Jamaica, and based on the picture below, it’s only a matter of time before he goes the way of Von Miller.

And then you have the guys who just happened into great last names that seemed to make it fate that they’d be an elite football player.

4. DeAndre Hopkins – That kid’s got hops. Come on, it’s too easy. I wonder how his basketball or high jump skills are.

3. Quentin Jammer – Defensive backs are taught to jam the receiver at the line. Coincidence?

2. AJ Hawk – Ok, Hawk is just a bad ass last name. It could only better if his last name was PatrioticBaldEagleAmerican. And those golden lochs though.

1. Robert Griffin III – Have you ever seen a Griffin? Potentially the most dominant looking, made up beast ever.

And as much as it pains me to say it, because that’s my quarterback, man, just try to not have the last name Romo. Or at least pronounce “Rahmo.”