Posted on December 18, 2014 by Dustin Riedesel | Leave a comment

In a heavier mood from an earlier date, I pontificated on the passing of time:

I thought we made minutes small to trick ourselves into thinking that life is long. But I think the real trick is that the minutia of time was built in cycles. Hours, days, weeks and seasons repeating in perpetuity so that the future always looks like a cul-de-sac instead of a dead end. You hear it more than you think. This is going to be my year. The sun will come up tomorrow. It’s always darkest before the dawn. It’s as if hope was built into the fabric of time.

2014. It’s nearly in the books. And in an effort to take steps forward, I’m going to highlight 5 things from the year we as a society should be buying more of for 2015, and 5 things we should sell so hard that the only place they show up is in SNL skits in the year 2027 to remind us of how ridiculous this era is. All credit for this idea belongs to my co-blogging penemy, Tommy Cooksey. But first, because I don’t want to bury some of the most valuable and prescient information a man can use as New Year’s Day approaches, here’s a classic conversational tip for the upcoming season:

Ask people about their New Year’s resolutions. Few other topics simultaneously disclose a person’s insecurities alongside their dreams. Knowing those two things are like putting your two hands on the steering wheel of their life car.

And that character led to this:

Which turned into this:

I thought that I’d be willing to buy all things McConaughey until we’re born again into the moments we’ve already lived, but there is an end to this rabbit hole. It’s MM-spoofed marriage proposals.

Buy McConaughey. Sell social media marriage proposals…I mean, we were selling those back in 2012. 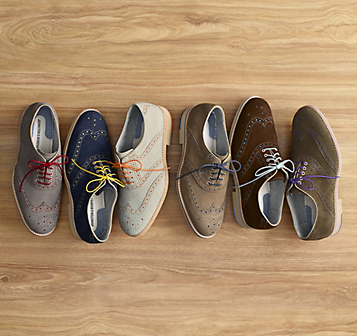 Most sartorial pros would tell you I’m a year (or two) behind on this trend. Maybe I am. I’m 29, and my mother was the one who told me this was a cool thing, so that is what it is. But this isn’t a “What’s the bleeding edge of cool in 2015” blog post. So don’t worry about it. BUY.

Let’s be clear. Small ball is not the way to be a successful baseball team. High OBP and home runs are still the “best” baseball strategy. But as a fan, the threat of the steal, the high contact/low strikeout lineup, and the “we’ll never pull away, but we’re never out of it because you won’t score in the last three innings” approach of the Kansas City Royals is just better suited to build tension in every game. Just as in story-telling, complexity and layers create a richer narrative. I wish al lthe teams played smaller. In something we unfortunately can’t control, BUY.

I’m a Chris fan. While his IMDB shows nothing in 2014, he still wrangled Sexiest Man Alive, and his 2015 is looking awesome. Don’t sleep on Hemsworth.

This isn’t something white girls should be clinging to. SELL

It’s not you. It’s us. When we first met, we all thought you were fun and had a great heart. But after a while, you were forcing us to hang out with friends on your time. You made us feel crappy about the fact that we’d rather dump cold water on ourselves than give money to a disease (or water to thirsting nations for that matter). You aren’t who we thought you were, and we’re leaving you in 2014.

No longer yours,
America

The NFL tried to cover up from me (and you and everybody) that one of their players did something horrific in an elevator. When their cover up was found out, they responded with an ad campaign that tells the viewer that they won’t stand for violence towards women. The hypocirsy is bothersome enough. But also, I don’t beat women. It’s one of those basic things that I picked up with “respect your elders” and “don’t be naked in church, or the general public for that matter.” Has one of these PSA’s ever stopped a guy? All these commercials do is make me angry at the NFL for being such a two-faced league that is actively violent and dangerous while saying it’s against concussions and battery and….[deep breath]. SELL

This will help explain: https://twitter.com/bestofblessed

These do not have a future. I’m pretty positive they peaked last February. Sell it all. Sell it now. SELL.