Tag Archives: how to buy a watch

If I had written this post 4 years ago, it would have been hypocritical. I, like most of the guys I know only had one watch that they got for Christmas 6 years ago that they only wore when they were dressed up. That being said, 4 years ago I was just a feeble 22 year old boy still scrambling to find myself in this world.

As men, when exactly did we stop wearing watches? My grandpa wore one every day of his adult life. Most guys our parents’ age have always worn a watch. So….why did it skip us? I’m going to place the blame on technology.  First the pager (anyone born in 1990 and after – this is a pager). Then the cell phone. Now the smart phone. Hell, the logic makes sense. “Why would I wear something on my wrist, if I can get the same information from my phone?”

In the next few lines, I’m going to make a case for bringing watches back, and give you a brief “how-to” for buying a new watch.

A man is allowed very little flare. A necklace, maybe. Silver bracelet, no. Class ring, yeah (in 1978). A watch, unanimously yes. The watch is to a man what a earrings are to a woman. It’s a chance to make a statement about yourself without screaming LOOK AT ME. Do you think Don Draper, one of the most stylish characters in the history of tv would ever leave the house sans watch?

How many times a day does someone ask, “What time is it?” and immediately people start that awkward pocket shimmy to pull out their phone and check the time. Like anything in life as a man, there’s a slight sense of pride and winning be being the first to say “It’s 10:53.” Avoid the cell phone shimmy (could be a new wedding dance?) and keep the time on your wrist.

A watch should be a subtle conversation piece, but not the conversation itself. I knew a guy who had on the most disgustingly large faced white watch I’ve ever seen. It was like having a white 5lbs dumbbell hanging from his left arm. When someone asked “What doesn’t that watch do?” His reply “Tell time.” Funny, yes. But also obviously rehearsed because it clearly wasn’t the first time he’s had to answer that question. So be careful in choosing. If I see you in something like this, I promise to make fun of it and you:

A watch should have basic functionality:

THAT’S IT. Notice I didn’t say it should display the tides, the elevation, the next full moon, etc. When’s the last time you were out and someone asked “When’s the next high tide?” So unless you’re an astronaut or a ship captain, keep the watch function to the minimal.

When buying a watch don’t be afraid to drop a little cash on it. But before you do ask yourself this “Will I still wear this watch in 10 years?” If you’re going to drop a few hundo on a watch, you want it to be wearable for awhile. Personally I’m partial to watches that don’t have a metal band, but if that’s more your speed, have at it.

If it’s your first watch and you’re shy on dropping a ton of cash, Fossil makes some pretty stylish time pieces that are extremely affordable. Take this leather band one for <$95: 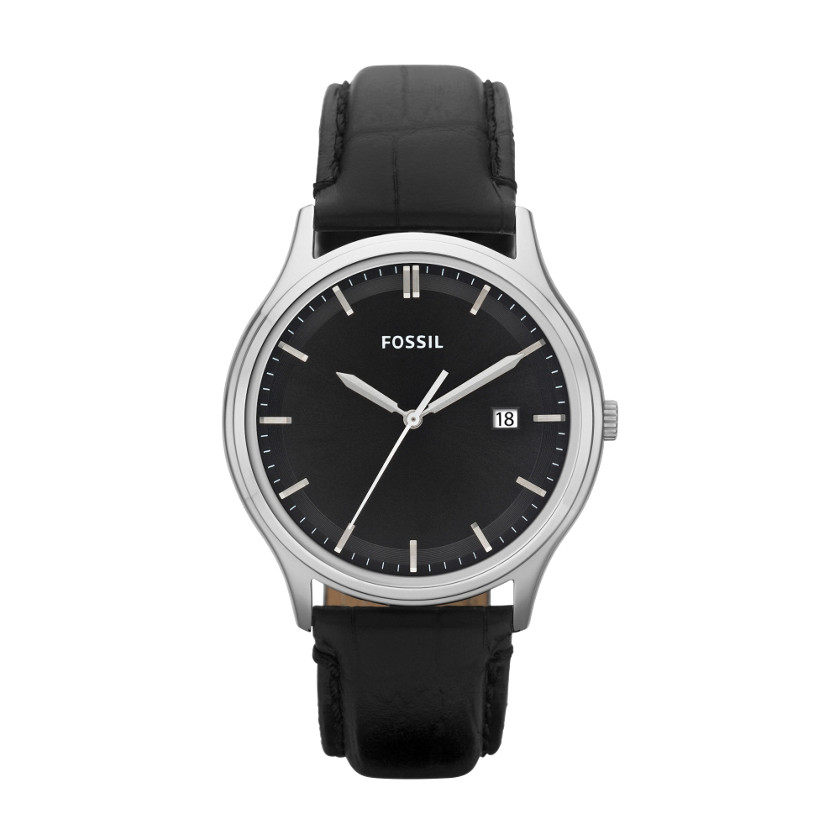 If you want drop a little more and are looking for some watches with a little more edge to em, check out Nixon. Nixon can get a little out of control with some watch styles, so when you’re navigating the waters remember “Will I wear this watch when I’m 40?” If the answer is yes (like this solid piece below) drop a little cash on it!

I happen to really dig the Timex vintage field Army watch. I wear it every single day. It’s simple and classic, and if it was tough enough to issue to soldiers in a war, I think it can handle my desk job. Plus, if you ever get tired of the green band, they have quite a few interchangeable color choices. 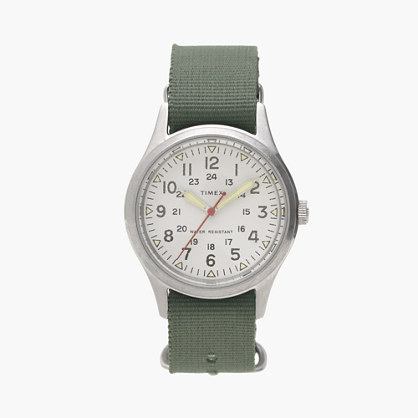 I stayed away from talking about things like a Rolex, simply because my budget and conscience don’t (and likely never will) allow me to spend thousands on a watch. But I promise you, my wrist is gonna look classy as hell, on a budget.

Hey bud, what time is it?